This simple delicious Hungarian recipe uses only a few key ingredients to create a flavourful and comforting dish with the spicy warmth of paprika accentuating the tender pork fillet, caramelised onions and sweet bell peppers. This is accompanied by a generous side of fluffy basmati rice to soak up the beautifully creamy flavour filled sauce although I have served it with pasta and it’s equally as gorgeous. This beautiful compilation will keep the chill out on these cool January nights. This serves 4 people at 13 Smartpoints per serving (paprikash 7sp, Rice 6sp – It will be 4 Smartpoints in total for a serving including both the paprikash and rice if following the No Count Plan, but could be lowered to 0 Smartpoints if you use Low Fat Natural or Greek yogurt in place of Crème Fraiche). 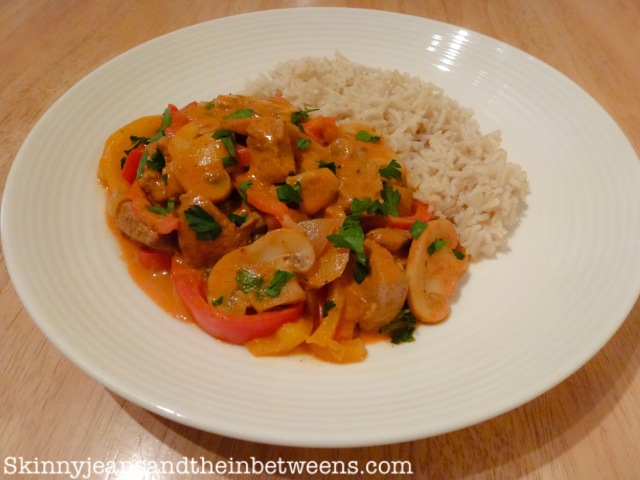 Prepare the rice according to the packet instructions. Take the crème fraiche from the fridge & measure it into a bowl which will allow it to come up a bit closer to room temperature for a while before using to avoid it splitting the sauce, place the remaining crème fraiche back in the fridge. Meanwhile heat a large frying pan over a medium heat & spray with spray oil. Fry the pork fillet pieces until sealed on both sides & cooked through approximately 8 minutes. Remove the pork & set aside in a bowl. Re spray the pan with spray oil & add the onion, peppers & mushrooms and sauté until softened about 6 to 8 minutes. Add the garlic and continue to cook for 30 seconds to a minute. Add the pork back to the pan with the peppers, onions and mushrooms and sprinkle over the paprika and cumin, continue to cook for 30 seconds to a minute. Season with salt & pepper and add the chicken stock, tomato purée and Worcestershire sauce, mix well. Cover with a lid & simmer over a medium heat for about 5 minutes or so. Remove the lid & continue to cook for 10 to 15 minutes until the stock has reduced down to a more sauce like consistency. Remove the pan from the heat & gently stir through the crème fraiche, sprinkle with the torn fresh parsley leaves and serve immediately with the rice and enjoy! 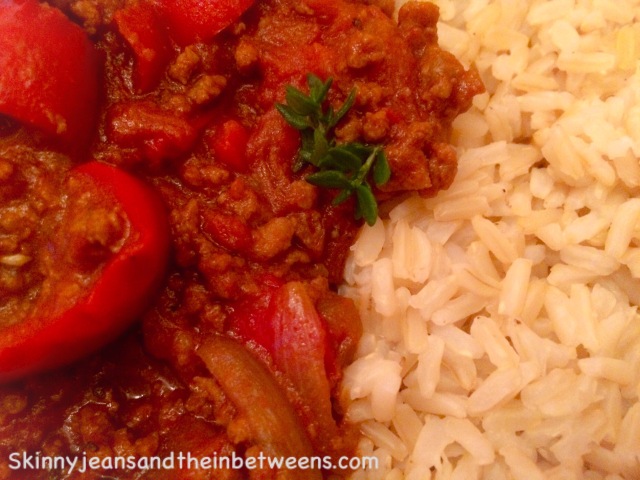 Late dinner tonight as it often is with a small baby to tend to! I was so demotivated to cook a dinner tonight! The baby is back up out of bed & should’ve been in bed an hour and a half ago, laughing away at Mickey Mouse & not a whit of tiredness on her but I persevered! I’m so over making the same old mince dishes over & over again (bolognese, shepards pie, meatballs etc) Whilst they are perfectly yummy I was looking for new ideas for mince dishes & decided to try hungarian goulash. Traditionally made with stewing steak but just as good with mince. Goulash is kind of a cross between a stew & a soup, I like mine a bit thicker so cook it for longer. People often ask me whats the secret to good bolognese or mince dishes, the secret is time! You can make them up pretty quickly & handily but you must allow them to simmer & reduce down sufficiently (I’ve been known to simmer bolognese for 4 hours sometimes & it gets better with every minute, at least an hour suffices otherwise it’s just a watery mess on a plate, if you let it reduce properly it becomes thick & glossy & so very tasty) It’s all about the paprika here & the red pepper compliments it well, I highly dislike green peppers & had no yellow or orange ones but feel free to use whatever ones you have available. This is tasty & filling & something a wee bit different! Serves 4 at just 10pp or free on the filling & healthy plan. Here’s the Skinny: 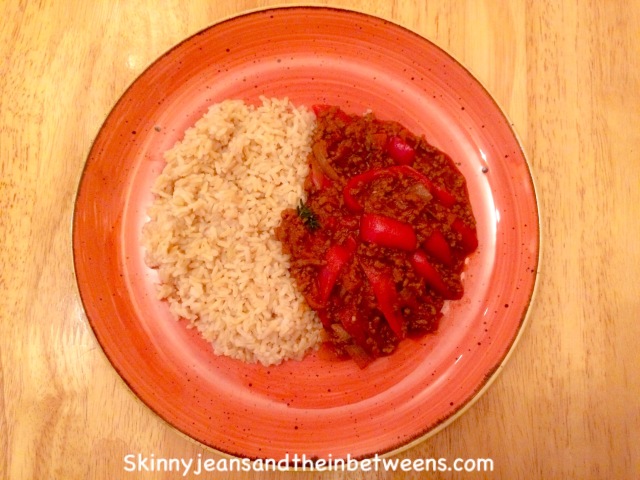 A small handful of fresh thyme

Lightly fry your onion for a few minutes & add the sliced red pepper. Continue to fry until soft (approximately 5 more minutes) add in the mince & fry until browned, add the crushed garlic for 30 seconds & then pop in the paprika, thyme, salt and pepper, sweetener, mustard, Worcestershire, bay leaves. Fry for a few minutes & add the tomato purée & tomatoes, stir well & add the stock made with the boiling water & stock cube. Simmer for approximately 40 minutes to an hour on a medium heat. Meanwhile make up the rice according to packet instructions. Fluff up the cooked rice & remove the bay leaves serve with the goulash and Enjoy!

Can you believe all this is Free on Filling & Healthy except for 1pp for the reduced fat cheese slice! This really hits the spot for a family weekday favourite! Yum in the Tum! I hope you enjoy, here’s gbe skinny: 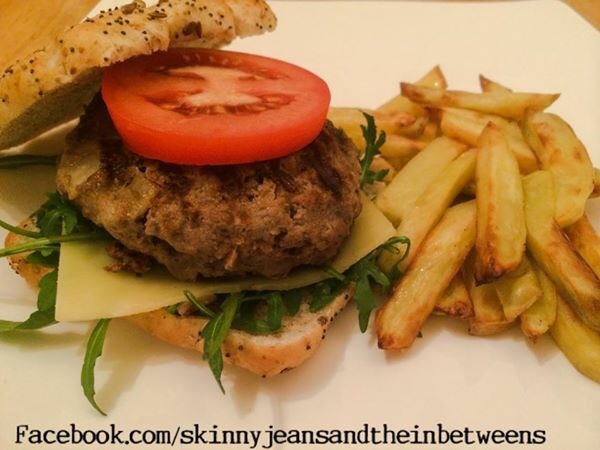 Place the steak mince in a bowl and add in the diced onion, egg & seasonings, mix well together & form into 4 burger patty shapes. Peel & slice the potatoes into chip shapes, place in a single layer on a plate & microwave for 3 minutes. Place on a baking tray in a single layer & spray with oil. Bake in a preheated oven at 200c for approx 25 minutes or until cooked through & browning at the edges. Meanwhile fry the burgers in a griddle pan with sprayoil for approx 8 minutes each side or until fully cooked. Serve on the mixed seed sandwich thin on a bed of rocket, a slice of cheddar cheese & the tomato. You won’t be hungry after this one! 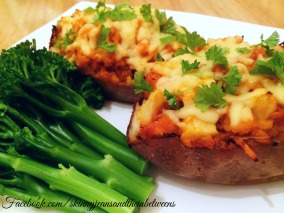 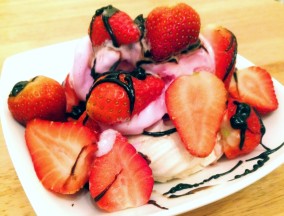 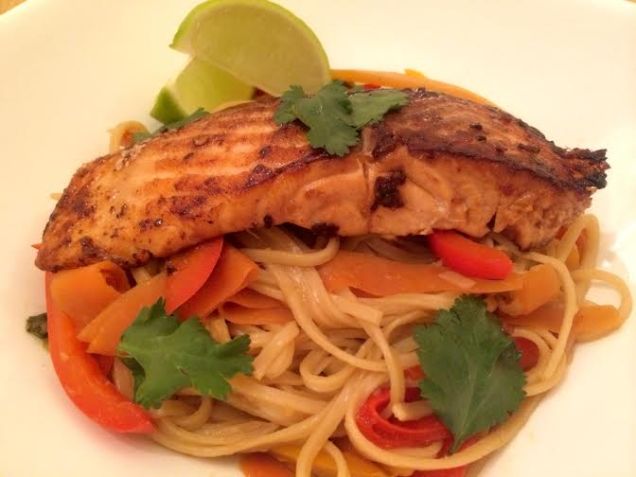